A Gordon-Van Tine house and barn in Mechanicsburg

Posted by Cindy Catanzaro on July 25, 2015 in Mechanicsburg

How does a researcher find Sears Houses?  Especially when they are not from Sears?

One thing I learned early on was that there were many companies that sold house plans and building materials through mail order catalogs.  As years went by, a lot of these homes were simply referred to as “Sears Houses”.

But they weren’t all from Sears, Roebuck.

Below is the catalog page from the 1913 Gordon-Van Tine Book of Building Plans that shows us their model No. 126.

What a great looking house! 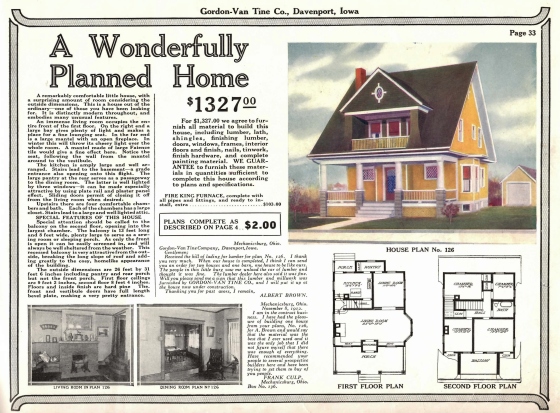 Below is the same house as shown in the 1916 Gordon-Van Tine Standard Homes catalog.  The color version above is much nicer, don’t you think?  That must have been an expensive option to put in a mail order catalog in 1913, so we have to assume Plan No. 126 was a popular design at that time. 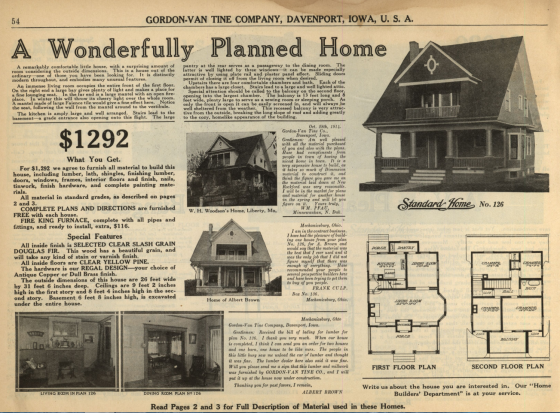 Both the 1913 and the 1916 catalogs feature letters written to the company by satisfied customers.  One of those customers was Albert Brown of Mechanicsburg. 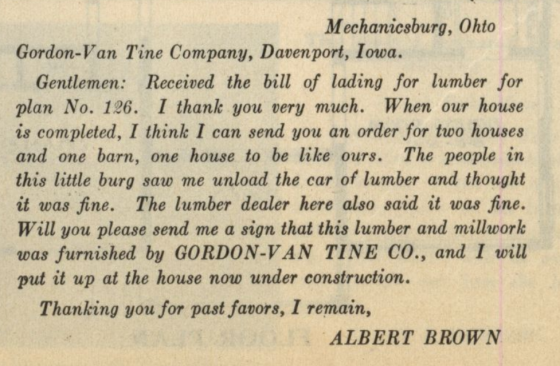 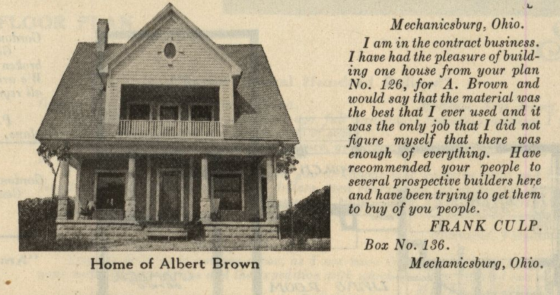 Using the information from the catalog, a good researcher, with persistence and a little luck, can sometimes find the houses associated with these testimonial letters.  And that’s how this home was located.  Another researcher, Rachel Shoemaker,  found  Albert Brown listed in a on-line Census record that listed his road name.  Using that information, I searched each and every house on that road using the Champaign County Auditor’s website, which includes photographs.  After getting the address, I hopped in the car, and drove out to see the house in person.  This was the first “Sears House” we located using that method of research, but since then, loads and loads more have been found that way.  Thanks go to Rachel for figuring out how to do that, and sharing the information with others who share this interest.

Below is my very own picture of the house. 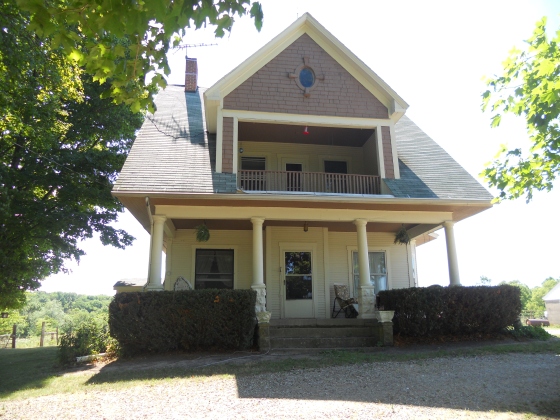 A Gordon-Van Tine model No. 126 built by Albert Brown about 1912. The house is located at 6336 Catawba-Mechanicsburg Rd in Champaign County, Ohio.

Albert Brown stated in his letter that he would be sending in an order for a barn after his house was completed.   Gordon-Van Tine (and Sears, Roebuck)  sold plans and building materials for barns as well.  Below is the barn design that Albert Brown selected. 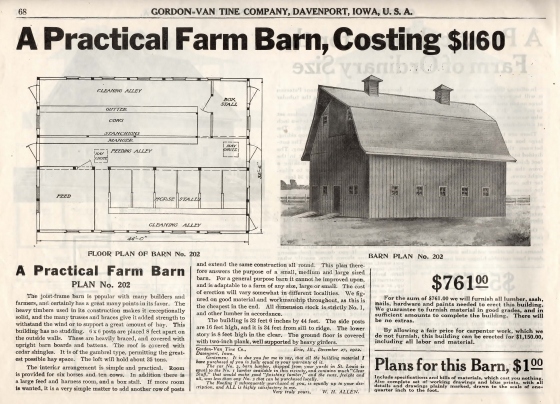 The barn was built close to the house, and is still in excellent repair.  Below is my photo.  The goat was quite attentive and eager to have his picture taken. 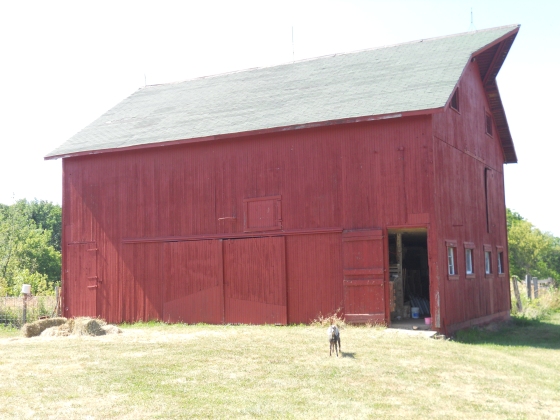 The current homeowner invited me in for a tour of the home.  It still retains many of the original features.  The house has been in the same family since the 1970’s and I was told it still had the original Fire King Furnace that was an optional purchase from Gordon – Van Tine when they bought the house.

The current owner was handed down a vintage photo of the house from the previous owners.   We are going to assume this is Albert Brown with his wife Mary and his son, Louis, who were also listed in the Census record that was used to locate the home.   It was common for purchasers to send in a photo of their home when it was completed to the mail order catalog company along with the testimonial letter, in the hopes it would be used in future advertising and catalogs. 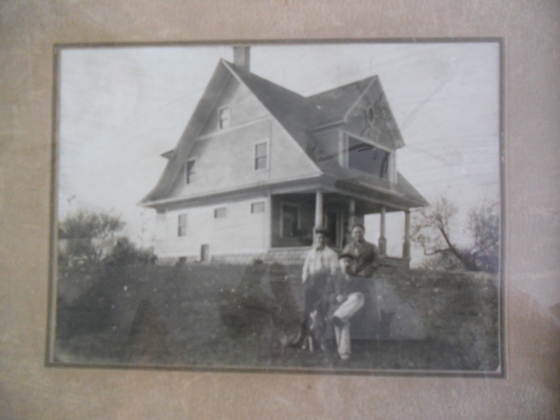 Notice there is no barn in the background of the vintage photo, so we know the photo was taken very early in the life of the house.   The barn sits to the right and back a bit from the home.  You can see it in my photo below, which was taken from the same angle as the vintage photo above. 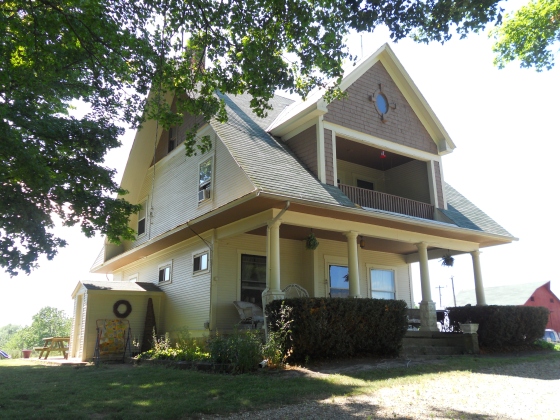 Using census records on Ancestry.com, I was able to find out a little bit about Albert Brown.  In 1910, he was living in Galesburg Township, Knox Co., Illinois.  His occupation was listed as a Railroad Engineer.

Shortly after that, he must have moved to Ohio, as we know now that his home in Mechanicsburg was built there before the 1913 Gordon-Van Tine catalog was published.

Albert Brown died on May 7, 1941 and is buried in Maple Grove Cemetery, which is just down the road from his house. I wasn’t able to find his exact place of burial, but I am sure he must be somewhere close by this monument.  You can just barely see the side of his house and a bit of his barn off in the distance from this part of the cemetery. 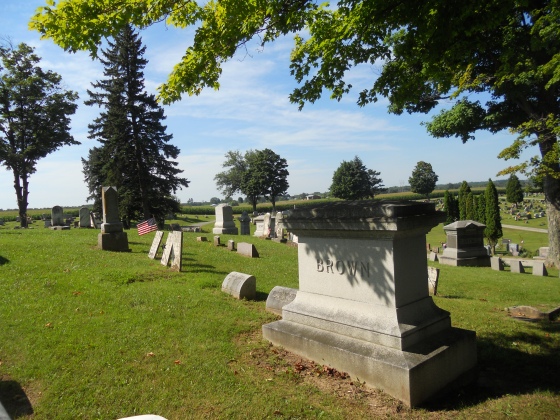 Maple Grove Cemetery is a lovely rural place and so well maintained  And they also have a wonderful monument not far from where the Brown monument stands. 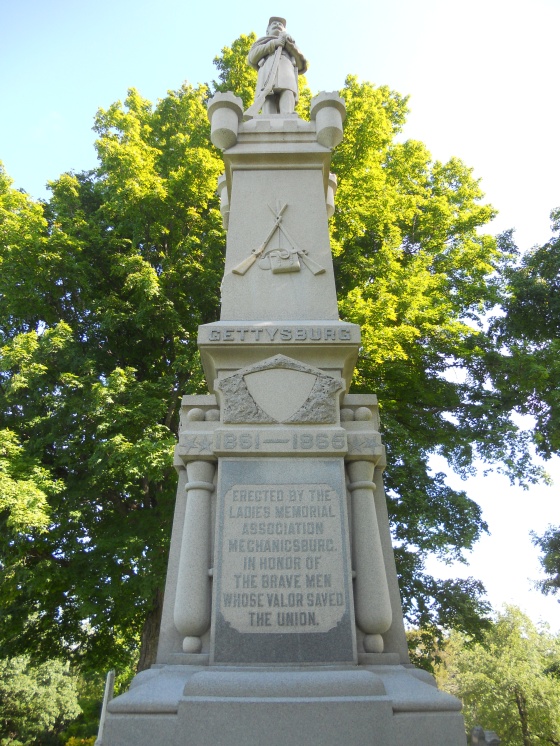 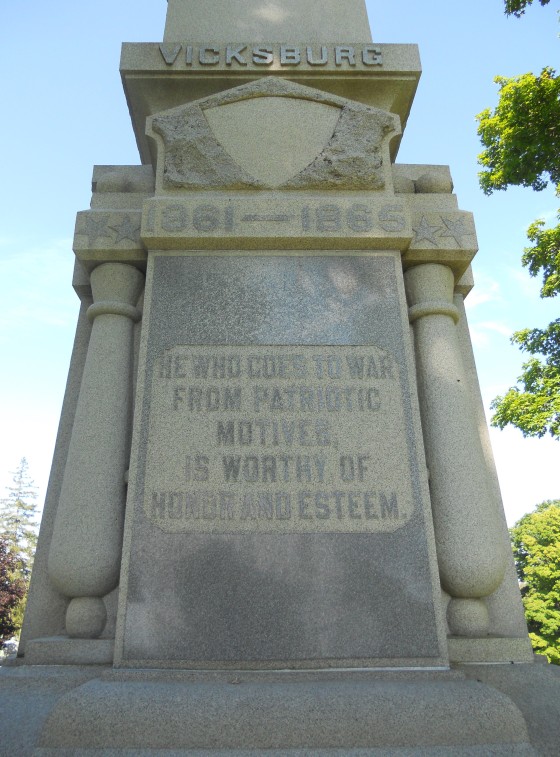 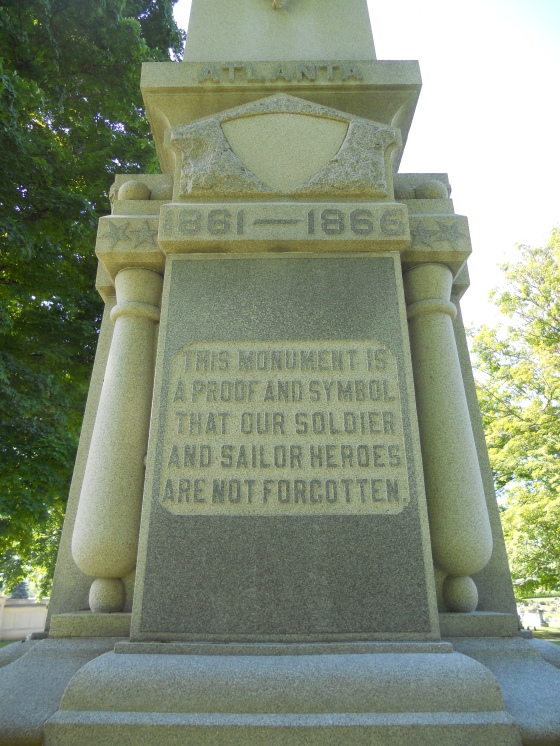 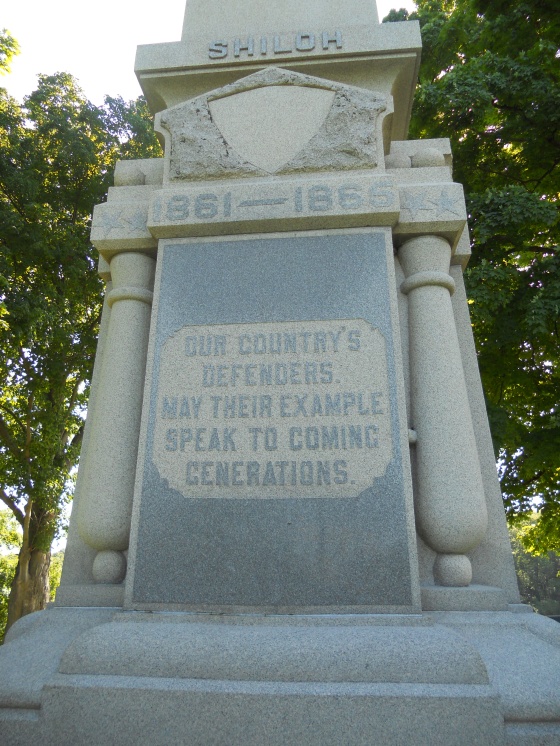 If you are ever in the Mechanicsburg area, take the short side trip down Catawba- Mechanicsburg Rd to the cemetery, and just beyond to see Albert Brown’s house and barn.

That this home still stands strong is another testimonial to the quality building materials and home designs offered by the mail order house catalog companies of the day.

← Is That a Train Load of Sears Houses in Middletown?
A Sears Avalon on Avalon Ave →