Just down the road in Carthage (Cincinnati)……

Posted by Cindy Catanzaro on January 16, 2016 in Cincinnati

My last post included some wonderful historical information on a couple of Sears Elmhurst models in Cincinnati.

The most important of the two homes is the one that was built in the Carthage area by Sears Home Construction and was open to the public for two weeks.  Great story for sure.

Now I have to admit, before my friend Andrew Mutch located the house through a mortgage record, and tipped me off about it, I had never been to that part of Cincinnati.  And apparently, Bea Lask, who identified over 500 Sears Houses in the Cincinnati area in the early 1990’s, hadn’t been there either.  The map Bea used on her thesis shows Carthage, but lists no Sears Houses found.  And she had areas, pretty much, in all the surrounding neighborhoods.

Carthage is a quaint area, just seven miles north of Downtown Cincinnati.  Click here to learn a small bit of history about the community.

And I love the feature picture on Google Maps when you do a search for Carthage. 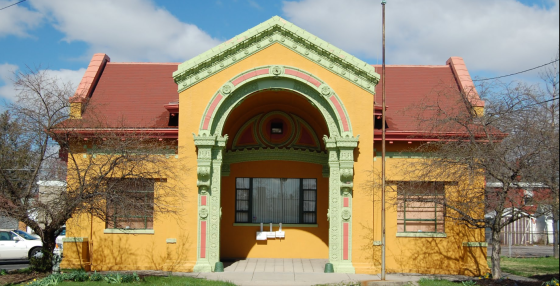 Anyways, back to Sears Houses.  Yes, Carthage has a Sears Elmhurst on W Seymour Ave. 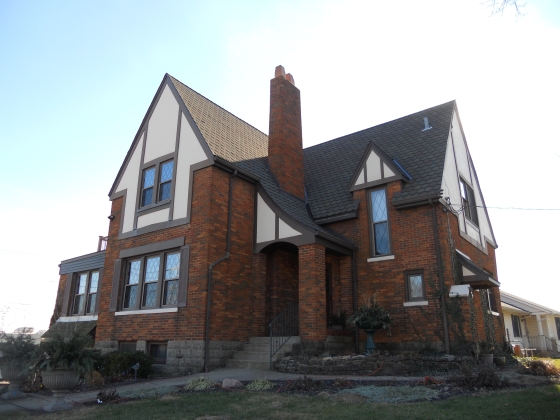 I can understand Bea Lask missing the Elmhurst.  Her thesis consisted of mostly 1920’s Sears Homes, and The Elmhurst is a 1930’s design.  But the other five that Andrew identified, just down the road?  No way Bea was going to miss those, as she spotted some of the very same models in other parts of town.

Here they are, along with a catalog image for comparison. 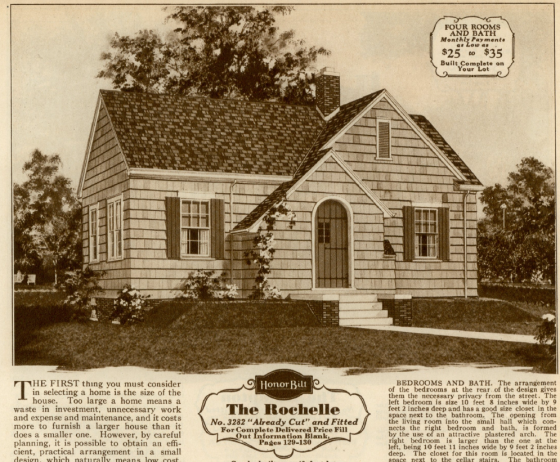 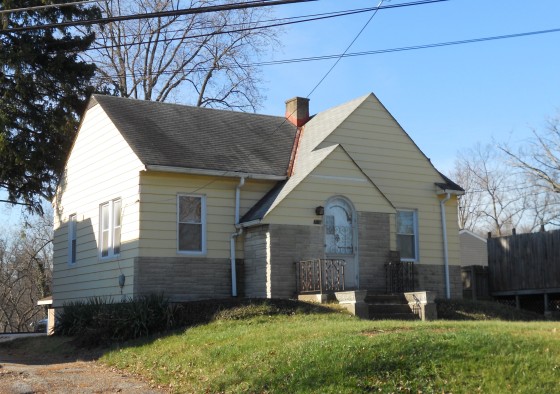 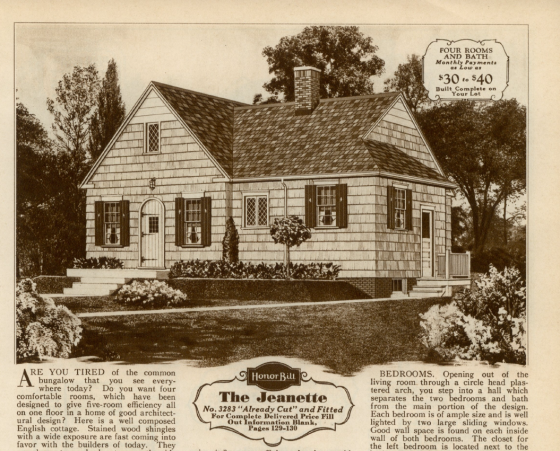 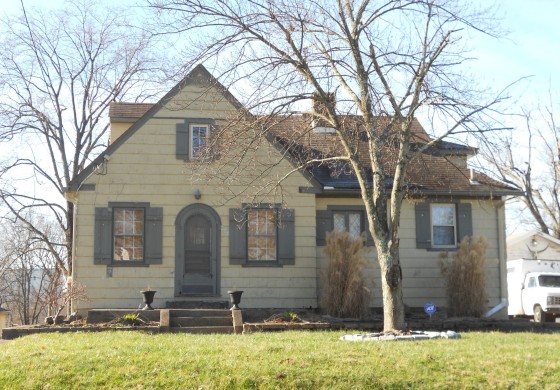 Amazingly, the Jeanette in Carthage has a second story that looks to be original.  That would have been a customization, as a finished second floor was never mentioned in the catalogs for this model.  Here’s a side view that shows dormer windows for the second story. 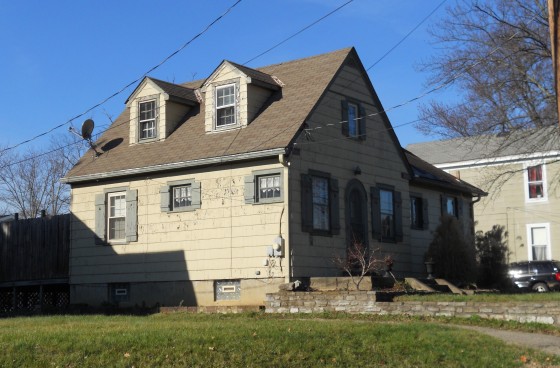 side view of a Sears Jeanette at 901 W Seymour Ave., Carthage 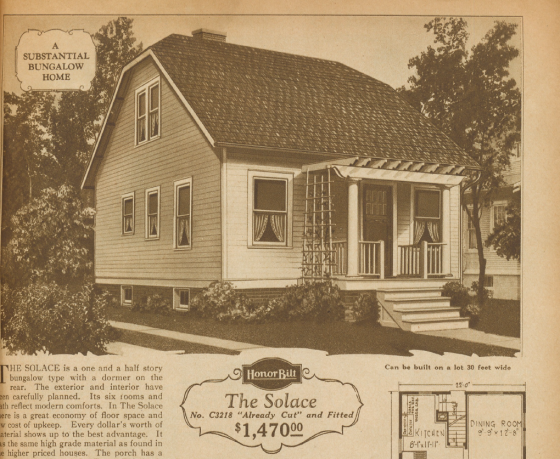 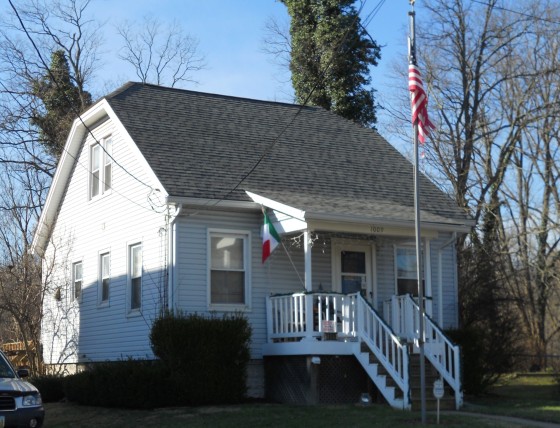 The pergolas are always the first thing to go……darn it. 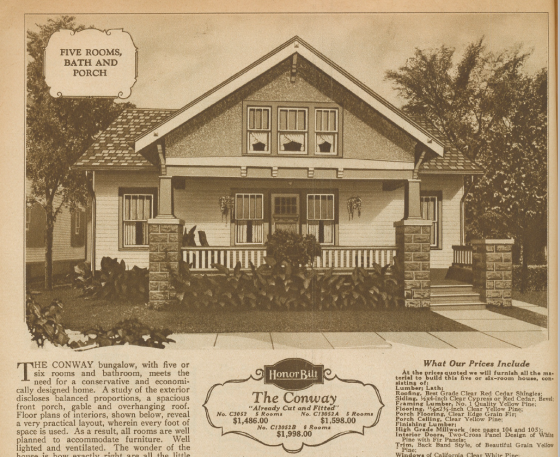 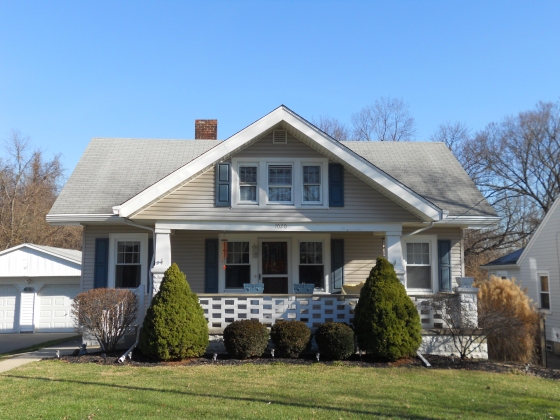 The Conway was a very popular model in Cincinnati.  Bea listed 10 of them in her thesis, and I have spotted several more on my visits.  That may be because The Conway was featured in many advertisements in the Cincinnati Enquirer, beginning in 1926. 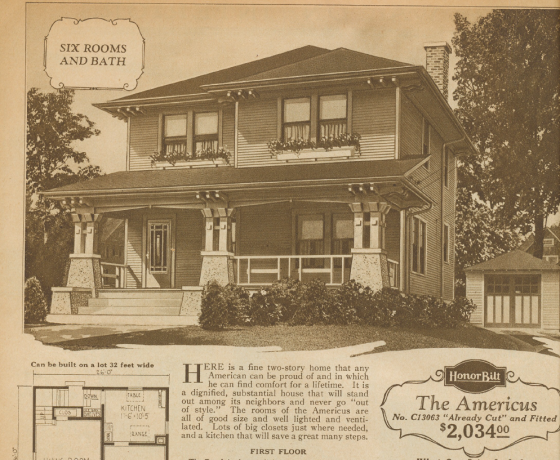 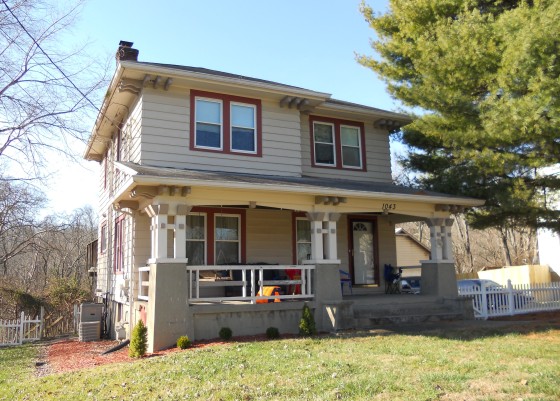 This Sears Americus retains almost all the original front porch features, which make it so recognizable.  And it’s painted in colors to set off those features.  I had a nice chat with the home owner, who was very interested to learn about Sear Houses.

What a great find for those of us who spend so much time hunting for Sears Modern Homes.  Sometimes, it’s all worth it.  We now can add Carthage to the known areas of Cincinnati where Sears Houses were built.

My thanks, again, to Andrew Mutch, for diligently researching mortgage records, and sharing his findings for all who are interested.  We wouldn’t have known about this lovely group of Sears Homes without his efforts.

4 comments on “Just down the road in Carthage (Cincinnati)……”