We finally did it!

Well, a few of us did, anyways.  It would be so hard to get our full group together, if not impossible,  when we all live in different states, and have real lives that need attending to.

But not too long ago, in June, four of us carved out a couple of days to meet up in…..

We already knew there were train loads of Sears Houses in Cuyahoga County, from our on line deed record and newspaper research.  But we also knew there would be plenty more to find.  And since the Cleveland area was somewhat convenient for several of us, we decided to do it.

On a Wednesday, Judith flew in from St Louis, planning to spend a full day Thursday at the Cuyahoga County Archives to hunt up mortgage records.  (Sears offered financing plans for the houses they sold as kits through their mail order catalogs, and that is one of the best ways to get started finding out where the houses were built.)

Then on Thursday, Andrew drove over from his (Sears) home in Novi, Michigan, stopping in Lorain County along his way, also to do some mortgage record research.

Then on Friday, my research partner Marie and I headed up from our Dayton/Springfield area, stopping in Richland County and Medina County to see if we could also grab a few leads from mortgage records.

Here we are, ready to go!

Marie and Cindy, part of the “Sears House” Hunters group

Of course, there would be no Sears Houses to find along the way if we took the Interstate, so we headed up the back roads to get to St Rt 42, which pretty much parallels I-71 all the way to Cleveland, in the hopes of spotting some new houses for “The List”.

Marie hadn’t been to Delaware yet, and they have some great Sears Houses, so we drove around just a bit so I could show her a few homes that had already been located.  This Sears Columbine, which went through a major restoration a few years back, was one I wanted her to see “for real”. 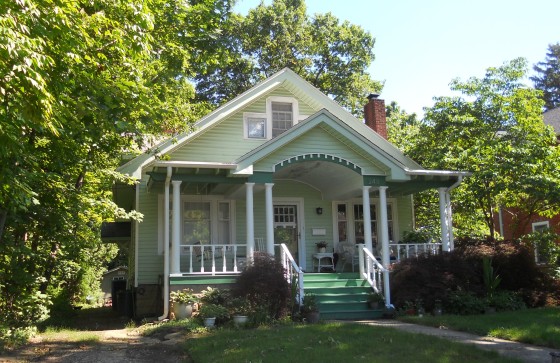 Here’s what it looked like when I stopped a few years back, pretty close to the restoration being complete.  I talked to the contractor, and he said the owners had some original sales paperwork from Sears.  How cool is that? 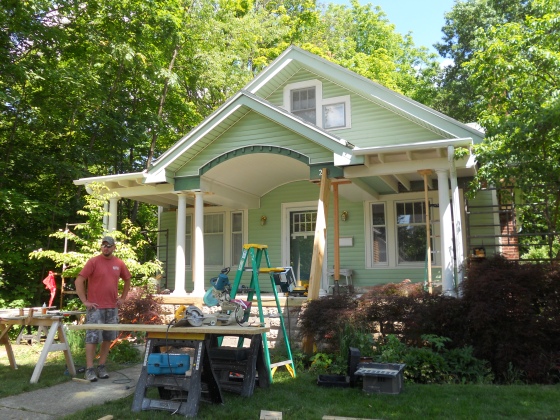 After lunch in Cardington (a town I had never heard of before), we spotted what is most likely a Sears Elmwood up the road a little ways. 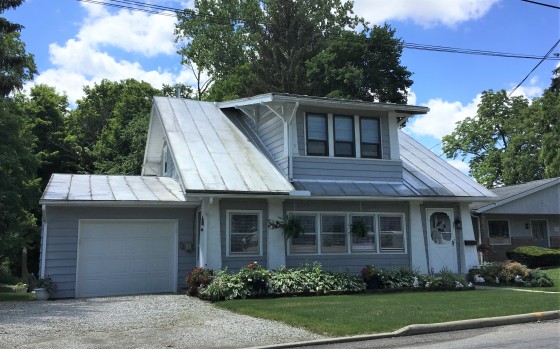 The Elmwood model had an open porch on the front of the second story.  It’s pretty rare to find one that still has that.  Most all have been modified since time of build to enclose that porch.   Sears offered the same design later with the porch already closed in.  It was renamed “The Sunbeam”. 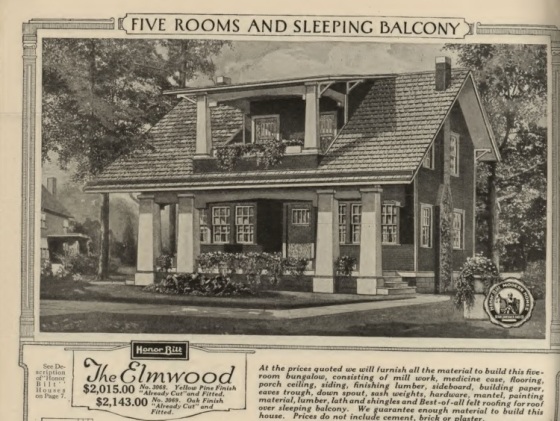 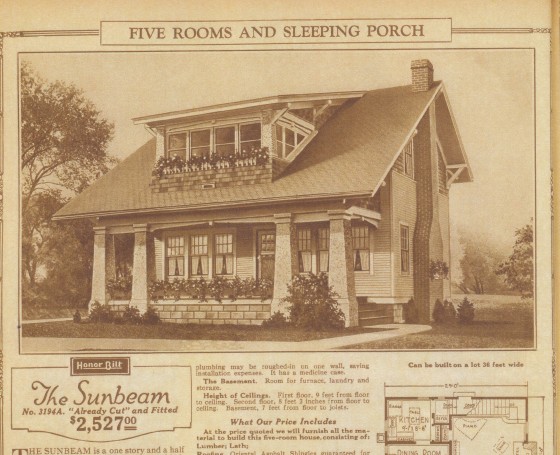 Onward to Mansfield, where we stopped at the Richland County Recorder’s Office to see about mortgage records.  No luck there, as the indexes we needed were not available, and we didn’t want to spend a lot of time paging through a lot of old books individually.  That could be done another time.

Time to make tracks to Medina County, where planned to spend Friday night.

We were hoping to do a quick drive around Ashland on the way, but due to all the rain we had, St Rt 42 was actually under water and closed to through traffic just south of there, so we did have to detour over to……sigh…….the Interstate.

We did get to Medina in time to stop at their Recorder’s Office, again on the hunt for those sometimes elusive mortgage records.  Again, no luck, as Medina County didn’t index in a way that would make them easy to research for our purpose.  We did manage to get a few names from a mortgage release book, but I haven’t had a chance to track those down yet.

I had reviewed “The List” before we headed to Cleveland, and highlighted a few houses that I wanted to see on our trip.  A couple of them were in Medina, so we headed out to stalk them.

Here’s one that my mentor, Rebecca Hunter, identified as a Sears Savoy.  It’s a beautiful house in person! 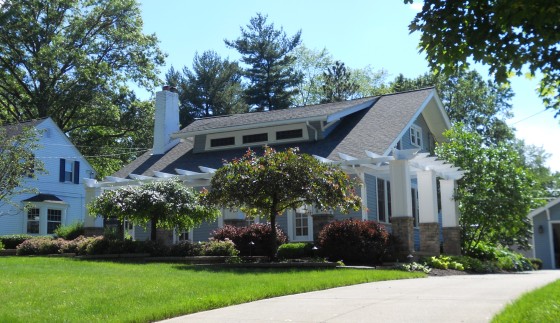 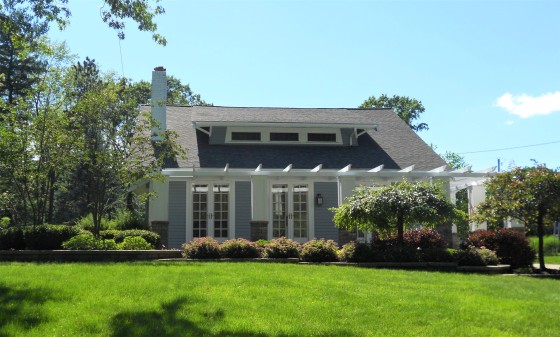 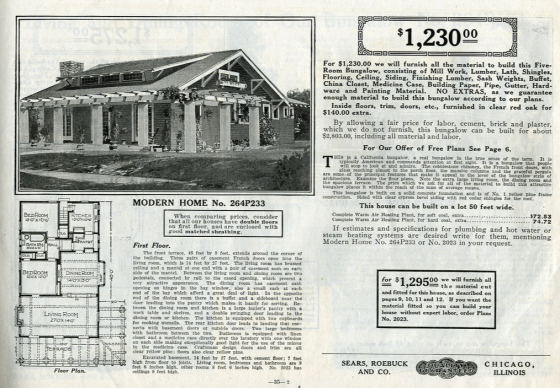 This numbered model from the 1916 catalog was later renamed “The Savoy”. Catalog illustration courtesy of Daily Bungalow

Another older model that we researchers don’t see everyday is the No 124.  Medina has one of those, too!

I couldn’t get a photo showing off all the distinctive features due to landscaping, but it matches the catalog images perfectly. 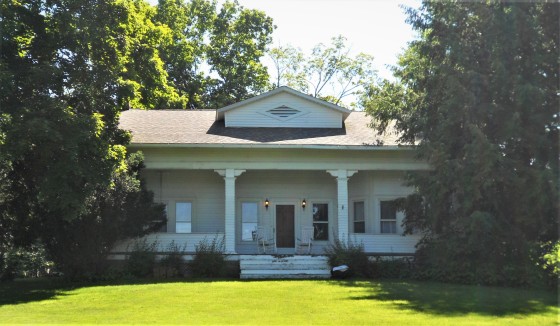 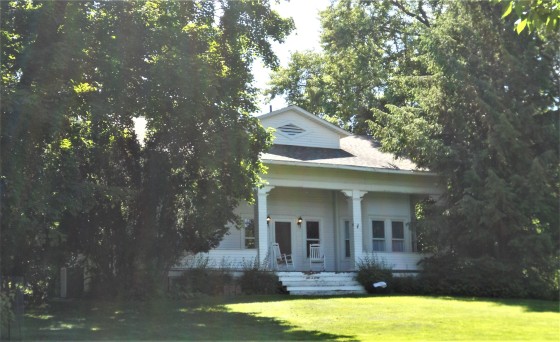 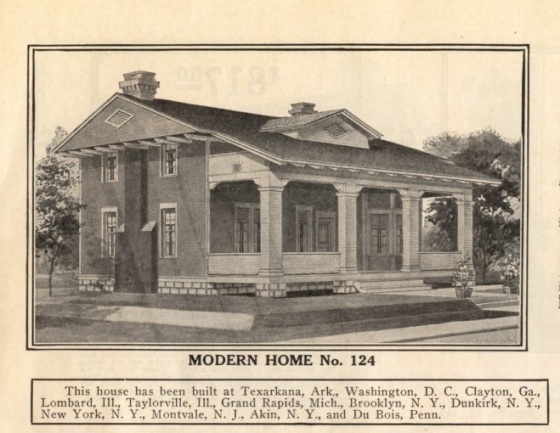 After touring a bit more of Medina, Marie and I headed for Brunswick where we planned to spend the night.

A little bit later we met up with Andrew and Judith and toured Parma, Ohio before grabbing some dinner.

Parma has 21 Sears Houses on “The List”, and we were able to drive by about half of them in the time we had.

Of note was this Sears Pittsburgh model. 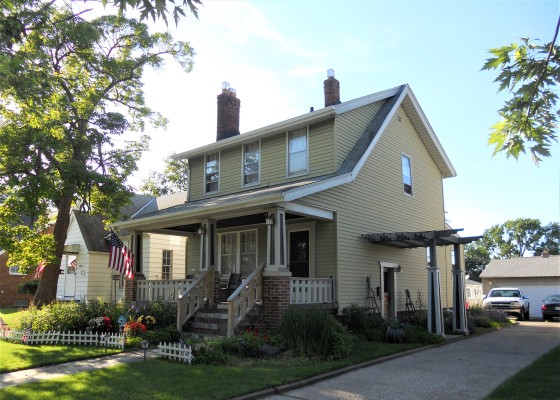 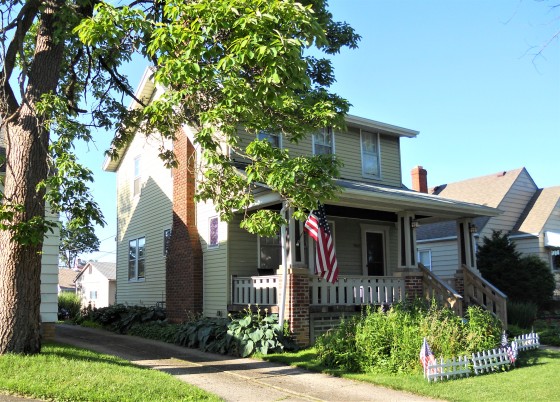 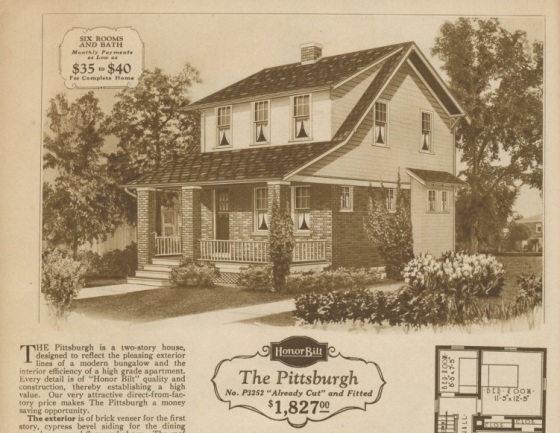 The house in Parma was built reversed from the catalog offering, an option that was offered on many designs by Sears, Roebuck.  While it doesn’t match the catalog exactly, we know it is one because it had a mortgage and was foreclosed on by Sears, giving it solid documentation records.

It’s crazy to find a Sears PITTSBURGH in Ohio.  Our research team member Karen, who lives in Pittsburgh, has identified about 150 of them in the Pittsburgh area, but this is only one of two that have been located in Ohio.  The other one is in Cincinnati.

Marie and I had a great start to our Sears House Hunters meet up weekend.

My next blog post will be about the houses we checked out, and new ones we found, during our full day Saturday street survey.

Thanks for following along!